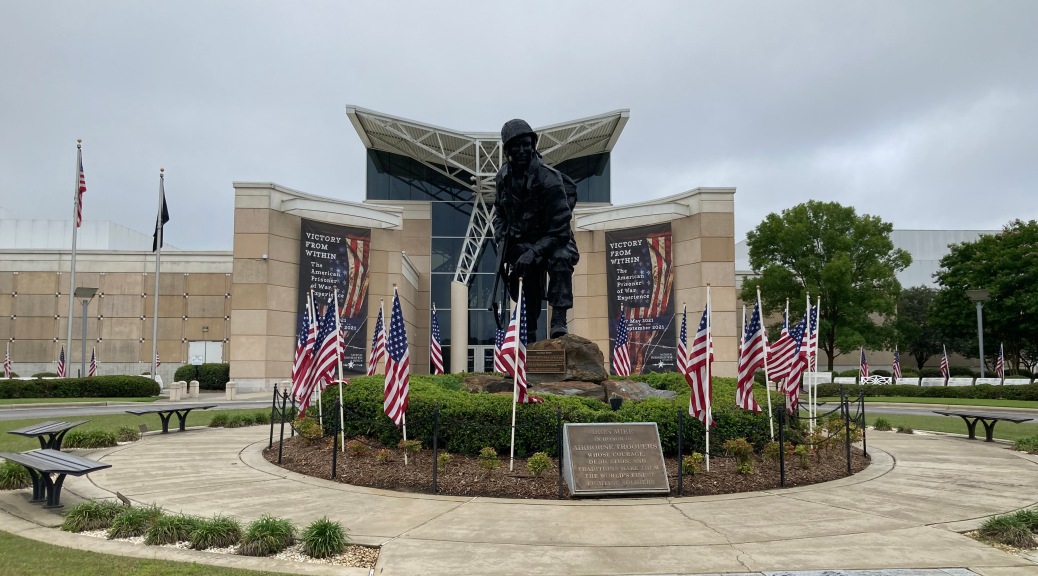 Museums remember and recognize the past whether it be art, history or inventions. Some just mean more than others as in the Airborne and Special Operations Museum in the heart of Fayetteville, NC, at 100 Bragg Boulevard. You can’t miss it because Iron Mike is standing tall in front of the museum’s entrance.

The Covid-19 virus caused many museums to close for several months while the world fought the deadly contagious virus. Now, many museums are opening back up with restrictions and the Airborne and Special Operations museum is one of them. This museum shows a different kind of war but just as deadly nonetheless. More than that, in addition to combat and direct action casualties, service men and women have had to also deal with infectious diseases such as Trench Fever, Typhoid and others during the course of a war’s timeline. Sometimes, the diseases they have to endure are not over even if they survive and make it back home. That’s a reality for any country’s service men and women.

Museums are important for remembering, admiring, honoring and also to generate discussions for historical bad behavior and cautionary inaction toward evil. When diplomacy, discussion, and negotiations fail, elected officials, dictators and other forms of nation governments turn to the military to fix it. Because of this hard truth, it’s vital and right to recognize service men and women as well as others who put themselves in danger to solve disputes started by political leaders.

The Airborne and Special Operations museum takes you through the history of wars and significant battles and their roles in the engagements. At the time of the visit, the traveling Korean War Memorial was in place to see. In addition to the museum, a visitor could take in the memorial’s coverage over a large land mass and its appreciation of the job of the everyday ground soldier.

It’s good that the various museums across the globe and in the United States are beginning to open.

The museum rolls out many exhibits to look over and many are surprisingly large. It’s worth a trip but in my view. I think many museums not matter how small are worth a visit for many reasons.